Aerosol as an extinguishing agent

Aerosol as an extinguishing agent, often referred to as dry mist, is a potassium carbonate-based particle extinguisher, which separates the chemical bond of the flame at the molecular level.

What is an aerosol?

An aerosol is a heterogeneous mixture of a gas and fine liquid or solid colloidal suspended particles.
Definition of colloids: particles with a diameter of a few micro- to nanometers, finely dispersed in a solid, gas or liquid.

Structure of an extinguishing generator

Fire fighting at the molecular level 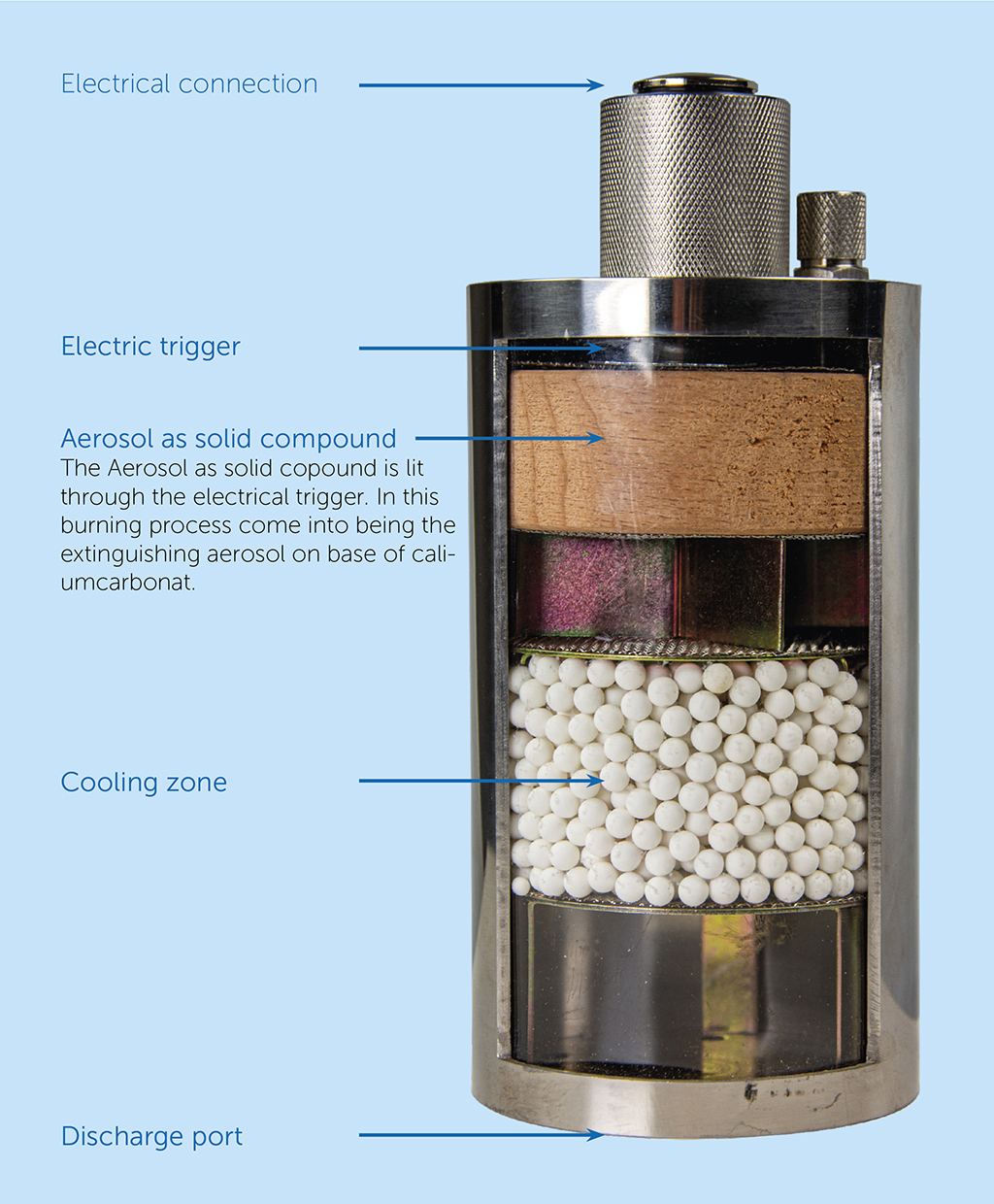 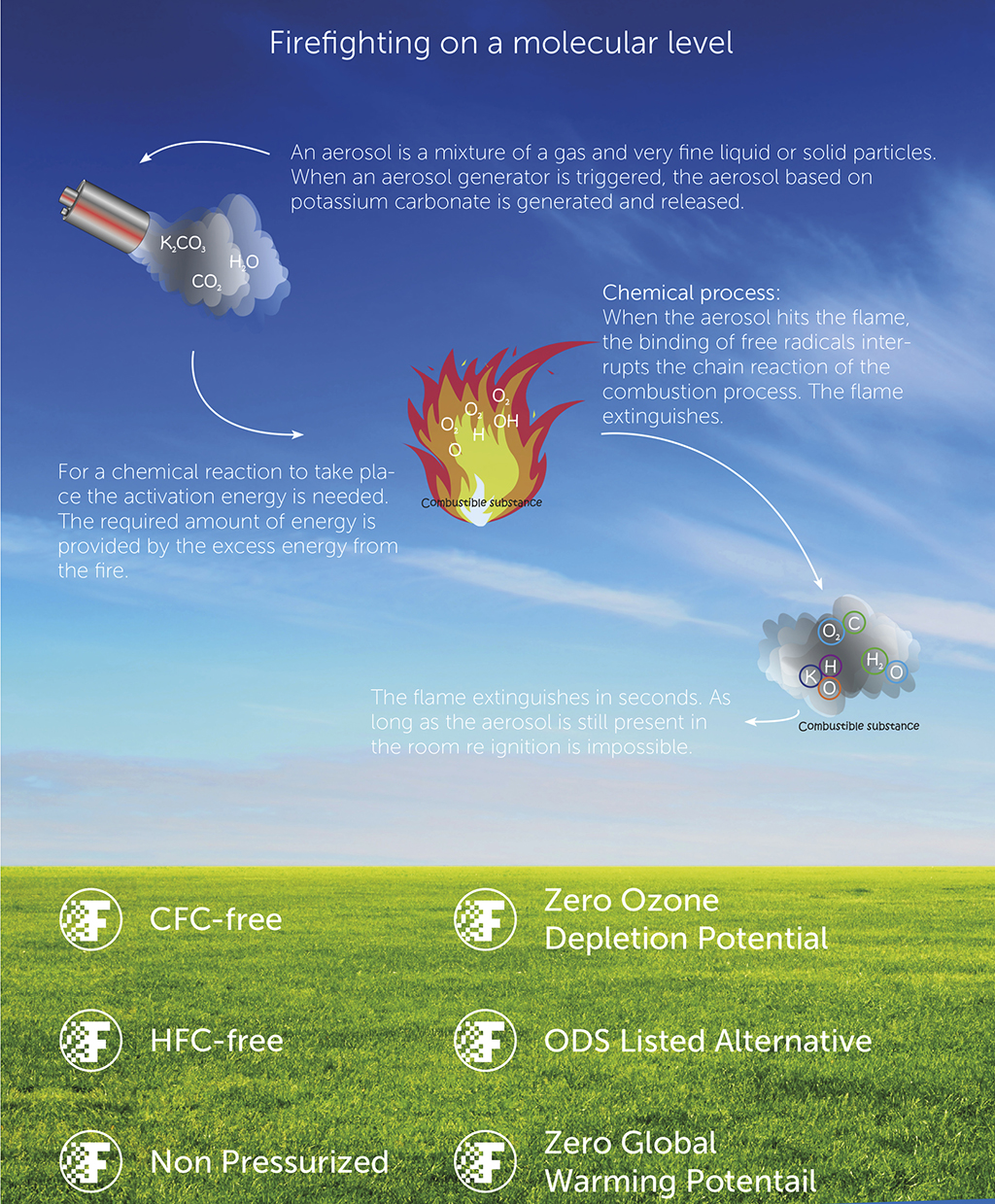 For inland or offshore shipping